Ever wondered what the collective
noun is for various groups of animals, birds or insects? Here are some of
the obvious and not so obvious.

Are you aware that there is a
book which lists “nouns of multitude?”

It’s title is “An
Exaltation of Larks.” 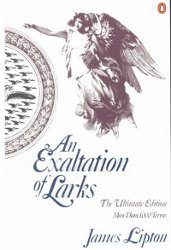 Animal related Hints and tips including how to stop dogs urinating on lawns, cat deterrents, etc.